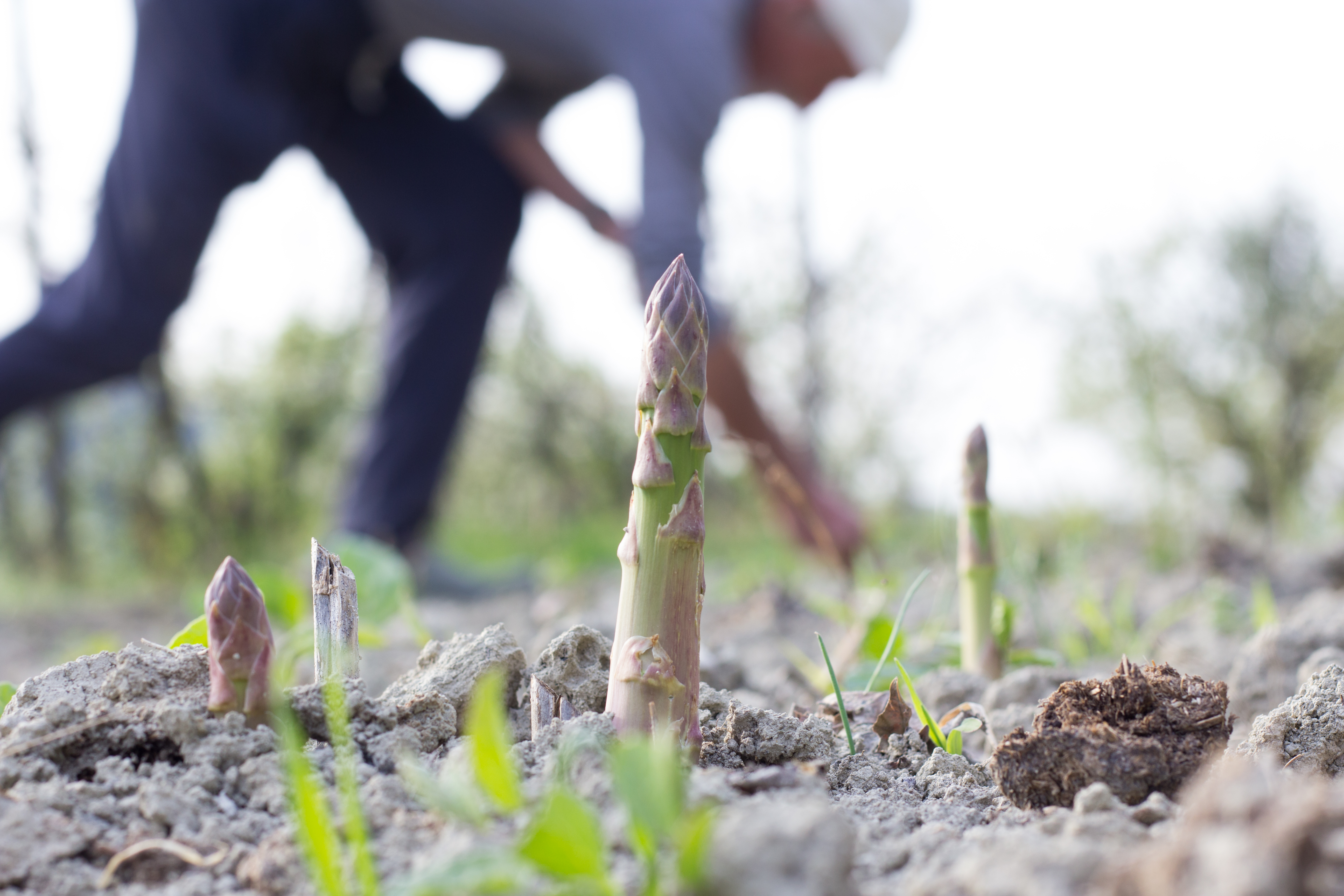 Asparagus is a perennial, with separate male and female plants.  It is a native of south-central Europe, western and central Asia and North Africa where it still can be commonly found.  It is an ancient crop used by the Egyptian, Greek and Roman civilisations over 2000 years ago. In fact, Cato described the cultivation of asparagus in 2200 BC.

After a quiet period in Europe in the Middle Ages, there was a revival of asparagus cultivation in France during the reign of Louis XIV.  This resurgence led to varieties with distinctive characteristics, usually named after the places where they were intensively cultivated.  Since that period the cultivation of asparagus has spread around the world.

Asparagus is now highly regarded as a flavoursome addition to healthy main meals and snacks.